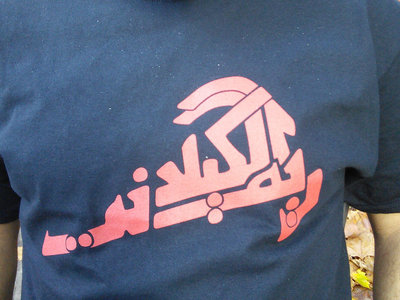 Black T-shirt with Reem Kelani written in Arabic script. For those who don't read Arabic, "reem" means a gazelle, and the calligraphy is designed in the shape of a sprinting gazelle.

ships out within 2 days