Get fresh music recommendations delivered to your inbox every Friday.

Reem Kelani: Live at the Tabernacle 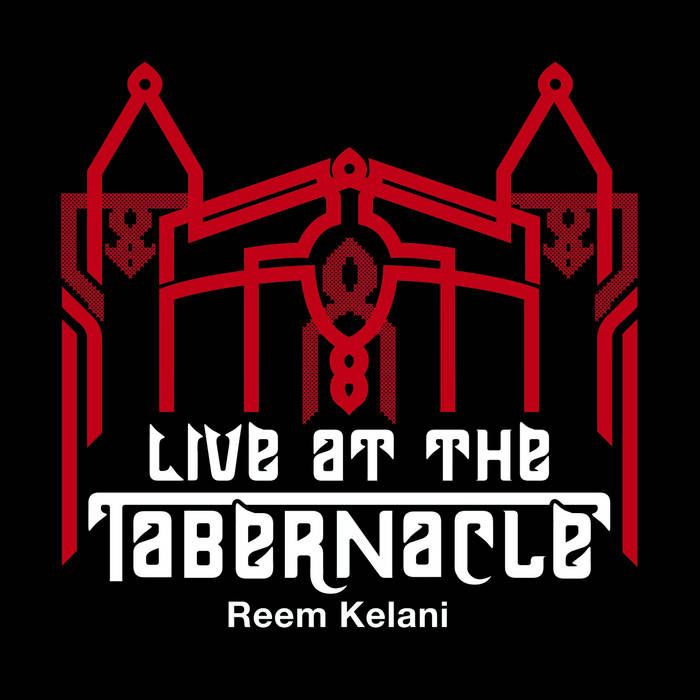 Entitled “Reem Kelani: Live at the Tabernacle”, the album comprises a live recording of Reem’s concert at the Tabernacle, London W11, on 22 November 2012. The concert formed part of Kensington & Chelsea’s Nour Festival, organised that year by Alan Kirwan. The album consists of two CD’s, with almost 80 minutes of playing time.

Each CD includes a PDF of the album booklet, which can be opened on your computer. The first CD also includes a short promotional film by the Venezuelan filmmaker Ignacio Crespo Valdez, in which Reem talks about her music and about the making of this album. Manchester-based Adam Orton provided the animation for the ‘sprinting gazelle’ motif on the promotional video.

The second CD includes a specially edited excerpt from the French film-maker, Axel Salvatori-Sinz’s award-winning documentary film “Les Chebabs de Yarmouk”, for which Reem composed the title music “Yarmouk”. The lyrics of the song were penned by Iyad Hayatleh, the Glasgow based Palestinian poet and son of Yarmouk refugee camp in Damascus.

The songs which Reem performed on the night encompassed some old favourites from her 2006 classic “Sprinting Gazelle: Palestinian Songs from the Motherland and the Diaspora”, as well as several presentations from her on-going project on the great Egyptian composer Sayyid Darwish (1892-1923). Reem’s set also included new Palestinian songs, plus a Tunisian track from her collaboration album with the Anti-Capitalist Roadshow (featuring Leon Rosselson, Roy Bailey, Peggy Seeger & Robb Johnson, amongst others).

Over the years, Reem has introduced many non-Arab musicians to the theory and practice of Arabic music, including the exceptional rhythm section which accompanied her in this concert. Moreover, she has facilitated opportunities for her band members to work with musicians from Palestine, Syria, Egypt, Turkey and Iran.

The concert was faithfully recorded by Gurjit Dhinsa, who acted as assistant engineer on Reem’s Sprinting Gazelle album, and the recording was later edited by Steve Lowe, who was the principal engineer on her debut album. With his expertise, diligence and patience, Steve has played a vital role in helping Reem to bring her music to the enjoyment of a wider public.

Alongside the aural experience of this memorable concert, Reem has, in keeping with the standards she set herself on her debut album, provided in the 60-page booklet detailed historical and musicological notes on each song, plus the lyrics, in Arabic and translated into English (under the supervision of Palestinian poet and literary historian Salma Khadra Jayyusi). There is also a glossary of musical and cultural terms.

The design and layout of the media book and sleeve notes was done by the talented Egyptian graphic designer, Nora el-Gazzar. She worked tirelessly to develop Reem’s concept into masterful design reality.

For the continuing support, paternal care and practical assistance given by the great songwriter Leon Rosselson, we owe so much. Like Sprinting Gazelle before it, this album is published courtesy of his company, Fuse Records.

Lastly, we salute the 148 Kickstarter pledgers, who answered our call for help, and without whose funding the album would not have seen the light of day. Grassroots support, without conditions and in the service of independent art.

Reem sees her albums as a project, not as a product. Her field trips, research into the songs, their arrangement and performance, plus the literary and creative work which go into her albums take time and energy, inevitably. It was during one of Reem’s field trips to Egypt, researching some of these very songs, that Reem found herself in the middle of the Egyptian revolution. She later reported on the music of the revolutionaries in Tahrir Square in her radio documentary ‘Songs for Tahrir’ on BBC Radio 4.

Add to this, Reem is continuing to work on a new album of Palestinian songs, a duo project with Jazz pianist Bruno Heinen, and on her vast project on the Egyptian composer Sayyid Darwish. She has also been involved in special performances, including:

• her performance as a soloist in Sir Karl Jenkins’ Stabat Mater at the Royal Albert Hall in 2015, alongside the Royal Philharmonic orchestra;
• her appearance as a soloist in Orlando Gough’s Stemmer, which was premiered at Bergen National Opera with the Bergen Philharmonic orchestra in 2014;
• her various appearances with the acclaimed Turkish collective Kardeş Türküler.

And finally, Reem continues to devote much effort to workshops, master classes and presentations in schools and colleges and with community groups and choirs.

"[Reem Kelani's] off-mic introduction turned out to be an endearingly apt overture to a performance in which she combined restless energy with vigorous political engagement, persuasive audience involvement and an illustrated, impressively far-reaching musicological dissertation." Rob Adams, The Herald Scotland, January 2016

Bandcamp Daily  your guide to the world of Bandcamp